ABOUT THE RECIPE GRINDER 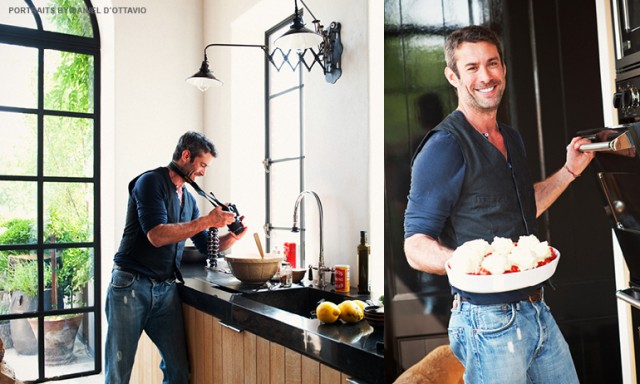 About “The Recipe Grinder”

Welcome to “The Recipe Grinder,” a brand-new cooking site featuring recipes, profiles from the world of food, and a carefully curated selection of products, ingredients, and kitchen tools. In short, everything you need to make your kitchen (and kitchen table) a place for the sort of soul-satisfying dining we think of when we hear the words “home cooking.”

Key to the site’s vision is the blog (or “Journal” section), where I’ll be sharing with you many of my culinary discoveries. These will come mostly from the current crop of cooking and general interest magazines, though from time-to-time there will also be the appearance of an older favorite from my personal archives (I’ve been an obsessive recipe clipper for years), as well as ones from the occasional TV show and cookbook. My hope is that by cherry-picking the best of what’s out there, I’ll be able to direct those of you who might not have the time or inclination to go through every magazine on the newsstand each month to that one recipe that may well end up being your all-time favorite.

But The Recipe Grinder won’t just be a warehouse of inspiring cooking suggestions. Instead, I’ll be taking the lip-smacking first impressions these recipes call up and running them under the broiler, checking for accuracy (does that “quick” chicken casserole really take only 30 minutes to throw together?); ease (is it really that simple to flip a 12-inch Spanish tortilla?); practicality (can I really find chilies in adobo at my local supermarket and if not, where?); reliability (does that beef stew really serve six people?) and, most importantly, taste. In other words, is it worth your time and money? My hope is that you’ll come to view this site as both a trusted recipe resource, as well as your personal test kitchen.

And other recipes and cooking tips will also make an appearance in other of the site’s sections, such as “Afield,” where an interview with a famous chef or food writer may well include the recipe for one of his or her best loved dishes, or the “Pantry” section, where a reminder about cherry season will likely include serving ideas along with helpful shopping suggestions.

So what makes me an authority on all this? Well, for one thing, I’m not an “authority” — rather, like most of you I’m neither a trained chef nor someone who works in an elaborate lab-like kitchen (I live in New York City, where kitchens often do double duty as a place to store sweaters). I’m just a regular guy who loves food, knows his way around a stove, and happens to have a pretty good sense of what tastes good. And, perhaps most importantly, I’m someone who gets a lot of pleasure from telling others about his culinary discoveries. In fact, for years I’ve been doing for my friends and family what I’m doing for you here — sharing new recipes along with my insights about how best to tackle them in the real world of galley kitchens, busy schedules, and grocery stores where it’s sometimes hard to find that one vital ingredient. And on the professional side, I’m a freelance writer and editor with twenty years in the magazine business. A large chunk of that time was spent at Interview magazine where I served as both the Executive Editor and the restaurant columnist, so this project brings together a subject I have a lot of passion for with many years of on-the-job experience.

As anyone who loves food knows, one of the great pleasures of cooking is sharing the experience with others, be it in on the table or by word-of-mouth. That’s the spirit with which this site has been created and one I hope you’ll find equally enticing. So do let me know what you think about the recipes and cooking tips presented here — but first, read on, whip up, and most importantly, dig in!