From The Best of America’s Test Kitchen, 2011 (click here to view the recipe) 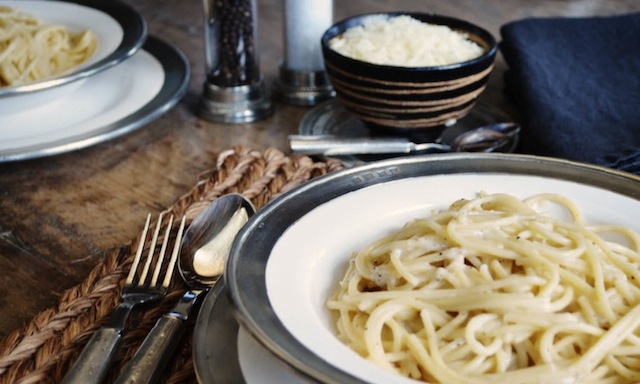 Thumbing through the 2011 edition of The Best of America’s Test Kitchen I came across a recipe for a dish that’s been popping up in a lot of the cooking magazines lately — spaghetti with pecorino and pepper, or as it’s known in Italy, Cacio e Pepe. I don’t know why this one called out to me exactly: maybe it’s how simple the ingredients and preparation were; maybe it’s that it stars Pecorino Romano, a salty cheese I love but rarely cook with; or maybe it’s the fact that nothing can soothe quite like cheese-coated noodles. Whatever the reason, I promised myself I’d whip up a batch as soon as possible.

I’ve cooked from many of ATK’s recipes over the years, so I also knew this was going to be a winner. The team behind ATK — a cooking show that airs weekly on PBS and that publishes a number of their most popular recipes in magazine form throughout the year — is the same as the one that puts out Cook’s Illustrated each month. Both the show and the magazine steer clear of fancy production values in favor of a stripped down, utilitarian attitude that’s in keeping with their CSI-like approach to perfecting a recipe through multiple trials and precision analysis before ever sharing it with the public. I’m not over-selling when I tell you that any recipe I’ve tried from ATK invariably becomes among my very favorites. 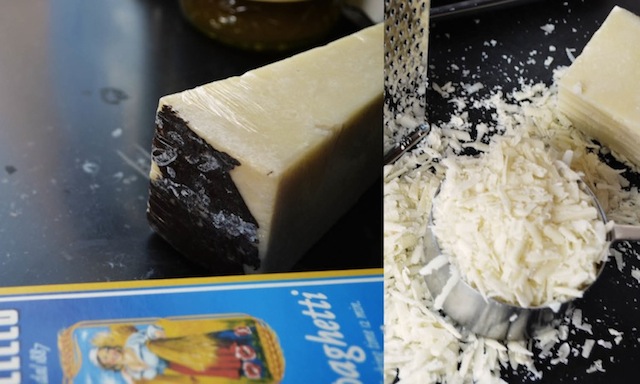 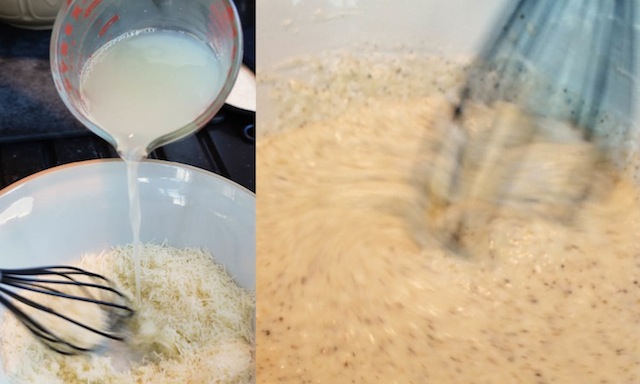 Such is definitely the case with this recipe. My opportunity to give it a try finally presented itself a few weeks back on a wet Thursday evening, with no plans for dinner and a rough day behind me. It’s the sort of homey meal an unsuspecting diner on his or her first trip to Italy might order and be completely blown away by — by the clarity of the flavors and by the fact that something so seemingly simple could pack such a wallop of flavor. In other words, it’s one of those dishes that can change, if not your life, then certainly the way you think about food. It was just what I needed at the end of a crummy day.

I’m not suggesting that food can make your troubles go away, of course, but there’s no question I felt better as I wound strands of spaghetti around my fork and slipped them into my mouth. The combination of cheese, spaghetti, and olive oil, all of it held together with a cup-and-a-half of starchy pasta water, made this sauce the perfect consistency, while the pepper proved the ideal foil for the saltiness of the Pecorino and the comforting slick of cheese-coated noodles. Even paired with whole-wheat spaghetti this felt like the ultimate in decadence — rich and creamy in the way of a really good macaroni and cheese, while offering something infinitely lighter and more complex. What’s more, from start to finish the whole dish took only half an hour to prepare, making it the perfect weeknight reward. 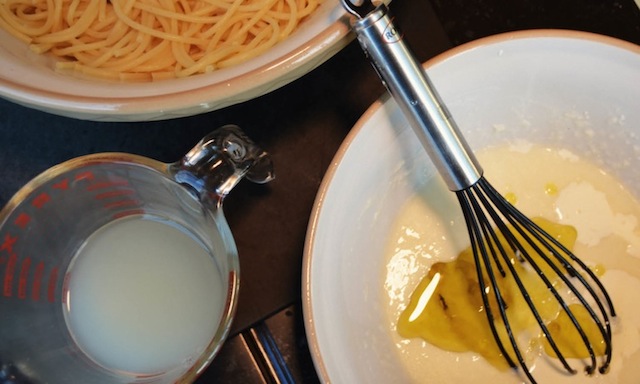 A few random thoughts about the recipe: if you’re a fan of this dish but crave something more substantial or want to stretch it out for a larger crowd, the flavors lend itself well to an addition of chunks of poached chicken breast — not exactly Italian orthodoxy, but plenty good nonetheless. Also, if you’re like me and lack a certain amount of self-control where a pound of cheese-coated pasta is concerned, make sure you have at least three around the table doing battle for their fair share. I did not and, as a result, polished off over half the spaghetti myself (okay, I’m a glutton) — a quantity that, according to the recipe, should have been enough to feed at least one other person (ATK claims the entire dish should be enough to feed between 4 and 6 people, though based on the appetites of the people I usually eat with, I put the number closer to 4).

Also, the recipe calls for 6 ounces of Pecorino cheese, something that momentarily slowed me down in the cheese department of my grocery store as mine lists most products by pounds, not ounces, and I didn’t have a calculator or a conversion table at the ready (for the record, one pound equals 16 ounces). So assuming your market measures weight like mine does, be advised that you’ll want just under a half a pound of Pecorino for this recipe. 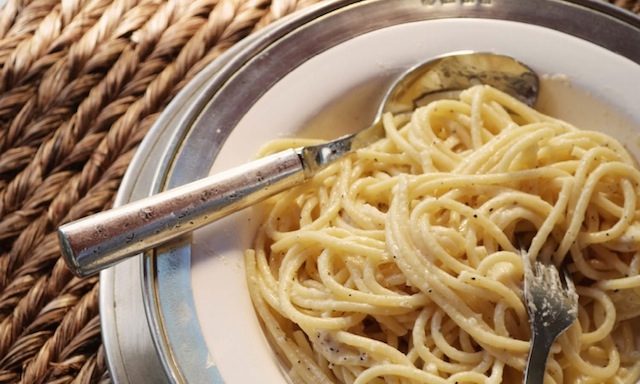 Note #1: Use the small holes on a box grater to grate the cheese finely, and the large holes to grate it coarsely.

Note #2: For a slightly less rich dish, substitute half-and-half for the heavy cream.