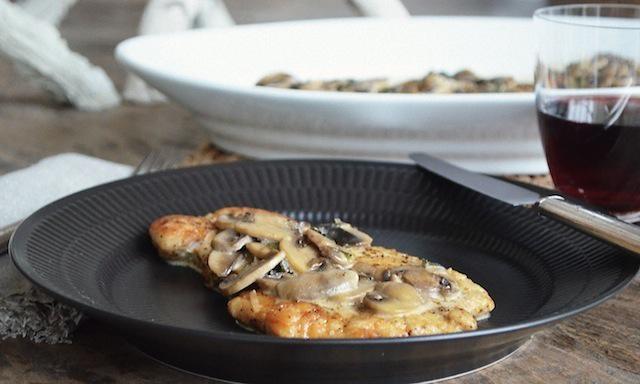 Several weeks ago I purchased a bottle of dry Marsala wine in order to make this recipe for sautéed mushrooms. The resulting dish was a wonderful early autumn treat, but I have to confess that the real source of excitement for me was cooking with the wine I’d bought for the occasion—an ingredient I’d never worked with before. That may sound like an odd confession, especially when I tell you that at least a few times a month I order chicken Marsala from our local Italian restaurant (a delivery staple for those nights when I don’t have the time/desire/energy to cook). I’m a big fan of this classic Italian-American chicken dish, largely because of the way the wine coats the meat with a rich tangy sauce, but also because of the seductive caramel color it delivers—so much so that if I see it on a menu it tends to eliminate the possibility of ordering anything else. How could it be that the dish’s signature ingredient—and one that’s so readily available—is one I’d never cooked with before? It’s a question I’m still pondering. Still, having finally cracked open the proverbial bottle, I realized there was now nothing to stop me from attempting my own, homemade version of this favorite dish. 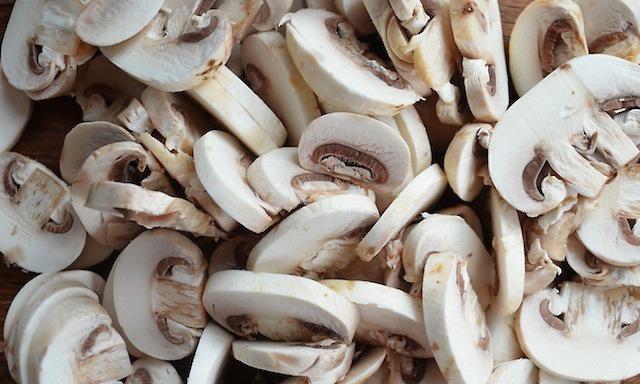 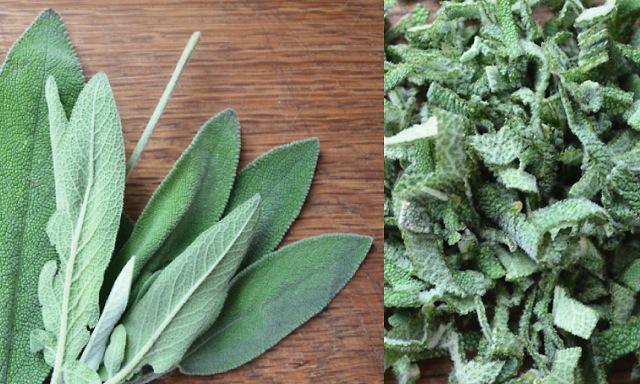 And so almost as soon as I’d washed the utensils associated with my earlier mushroom cooking exercise, I went in search of a chicken Marsala recipe, which would deliver all the things I love best about the preparation—namely tender chicken, flavor-packed mushrooms, and, of course, that dark, zesty sauce. As it turns out, I wouldn’t have to look far, since my own rather large (and largely untested) collection of recipe clippings included one from the June, 2005 issue of Gourmet for the very dish I was after. Given the recipe’s provenance—as I’ve said here before, there are few resources in which I have more faith than the Ruth Reichl era of Gourmet—I had little doubt that this version would hit all of the desired high notes.

That said, there was one ingredient in the recipe that didn’t seem to align with my vision for the ultimate chicken Marsala: cream—2/3 of a cup, to be exact, which is added to the sauce in the final minutes of preparation. Still, such has been my satisfaction with most anything I’ve prepared from the magazine that I figured it was worth a try. And so I got down to work, sautéing a few tablespoons of finely chopped shallots in three tablespoons of butter (most chicken Marsala recipes call for onion; I like the sweeter flavor of the shallot here), then adding the mushrooms, the sage, and a little salt and pepper. After eight minutes or so, or once all the liquid had dissipated and the mushrooms had begun to brown, I removed the pan from the heat and set it aside—taking a few moments, of course, to savor the swoon-worthy scent overtaking the kitchen, as there are few things more enticing than the smell of onions cooked in butter. 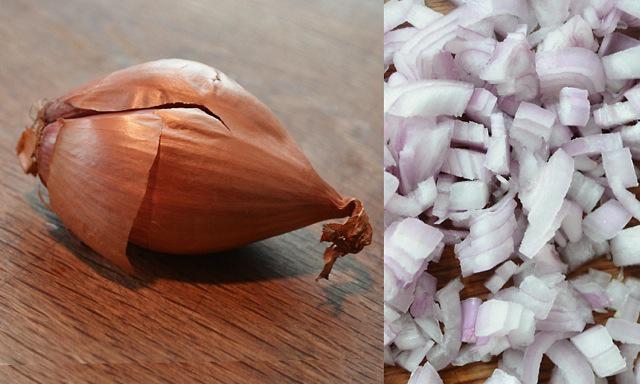 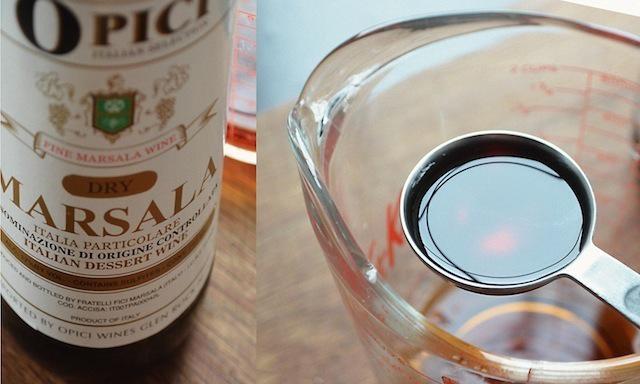 Next I prepared the chicken, pounding the four boneless, skinless chicken breasts between sheets of plastic wrap until each was about ¼” thick (despite my impulse to do this by placing all four breasts between two very large sheets of plastic, I learned the hard way that it’s better to pound each breast individually, between its own two sheets of plastic—not as “green” perhaps, but definitely more efficient). Just be sure to proceed gently as you don’t want the chicken to tear—a development that can make the next steps (patting the chicken dry, seasoning it with salt and pepper, dredging each cutlet in a cup of flour) a more delicate, and therefore time-consuming, process than it needs to be.

Once the chicken had been prepped it was time to move on to the actual cooking—a simple enough process that required nothing more than frying the cutlets (two at a time) in a tablespoon each of olive oil and butter for a total of four minutes, then transferring the chicken to a heat-proof platter and a 200˚ oven to keep warm. All that remained now was the making of the sauce, though as any true chicken Marsala appreciator can tell you, it’s the sauce that’s the most important component. Here it’s produced by bringing a ½ cup of Marsala wine to a boil, stirring it for about 30 seconds, then adding ¾ cup of previously reduced chicken broth (start with 1¾ cup and boil this down to ¾ cup, a process shat should take about 15 to 20 minutes, though you’ll want to check often), the heavy cream, and the mushrooms, and simmer for between 6 and 8 minutes, until the sauce is thickened. Alternately, if you’re not a fan of the cream here (I liked it but can also imagine wanting a cream-free variety on occasion), simply omit this ingredient and in the final minutes—after adding a teaspoon of lemon juice, 2 more tablespoons of wine, and a ½ teaspoon of sage—remove the pan from the heat and stir in two tablespoons of butter, just to ensure a silky consistency to the sauce. Pour this intoxicating mixture over the cutlets, and serve. 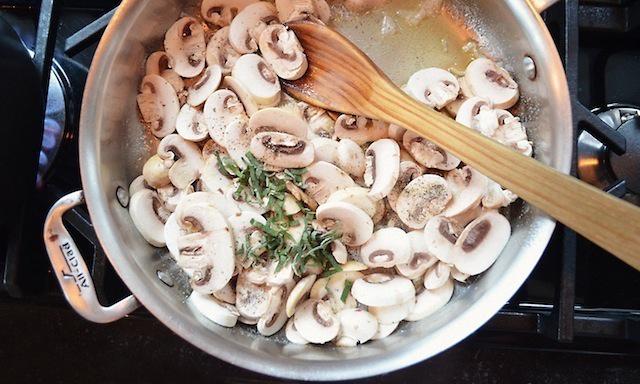 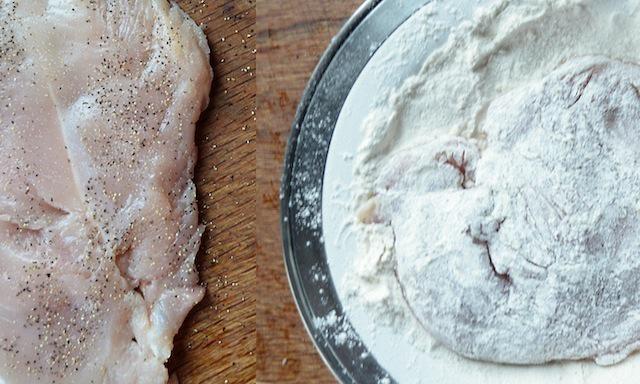 The traditional way to enjoy this dish is alongside a mound of spaghetti, and while I’ll be the first to acknowledge the undeniable appeal of this combination, if you’re trying to limit your starch intake (as I am) a healthier and equally appealing accompaniment is sautéed spinach or broccoli rabe. Either way, there’s something about the rich, silken sauce paired with the chicken here that makes this one of those rare, standout combinations: a decadent dish that’s still relatively healthy, not to mention easy enough to prepare for a weeknight dinner. What’s more, the dish has a kind of celebratory, special-occasion quality, and who doesn’t need a little of that in the middle of the week?

On a separate note, I wanted to mention that, unfortunately, I will again have to take a hiatus next week from my weekly posting schedule—this time because we’re moving and as much as I’d prefer to be brining pickles or making a rabbit stew or some such, I’ll be packing boxes (yay). I’ll try to bring you something tantalizing the week of October 28th to make up for my absence. In the meantime, be well everyone! 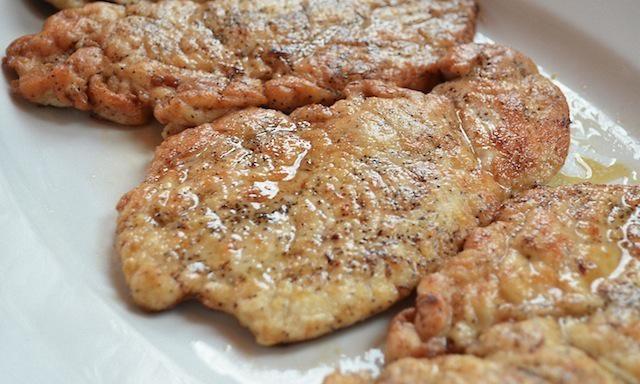 Directions:
—Put rack in middle position and preheat oven to 200˚.
—Bring broth to a boil in a 2-qt. saucepan over high heat, then boil, uncovered, until reduced to about ¾ cup, about 20 minutes (TRG note: I found this takes much less time, so start checking at around 10 minutes). Set aside.
—Cook shallot in 3 tbs of the butter in an 8- to 10-inch heavy skillet over moderate heat, stirring, until shallot begins to turn golden, about 1 minute.
—Add mushrooms, 1 tsp of the sage, salt, and pepper and cook, stirring occasionally, until liquid mushrooms give off is evaporated and mushrooms begin to brown, 6 to 8 minutes. Remove from heat.
—Put flour in a wide, shallow bowl. Gently pound chicken to ¼-inch thick between 2 sheets of plastic wrap using the flat side of a meat pounder or a rolling pin.
—Pat chicken dry and season with salt and pepper, then dredge in flour, 1 piece at a time, shaking off excess. Transfer chicken to sheets of wax paper, arranging chicken in 1 layer.
—Heat 1 tbs each of oil and butter in a 10-inch heavy skillet over moderately high heat until foam subsides, then sauté half of chicken, turning once, until golden and just cooked through, about 4 minutes total. Transfer cooked chicken to a large, heatproof platter, arranging in 1 layer, then place platter in oven to keep warm. Wipe out skillet with paper towels and cook remaining chicken in same manner, then transfer to oven, arranging in 1 layer.
—Add ½ cup of the wine to skillet and boil over high heat, stirring and scraping up brown bits, about 30 seconds. Add reduced broth, cream, and mushrooms, then simmer, stirring occasionally, until sauce is slightly thickened, 6 to 8 minutes. Add lemon juice and remaining 2 tbs wine and ½ tsp sage. (TRG note: If you prefer your sauce to be less creamy, simply omit the cream, if you like adding two tablespoons of butter off heat, after the lemon juice, wine, and sage have been incorporated.)
—Serve chicken with the sauce.

Serves 4 (or two who eat like Alfredo and me) 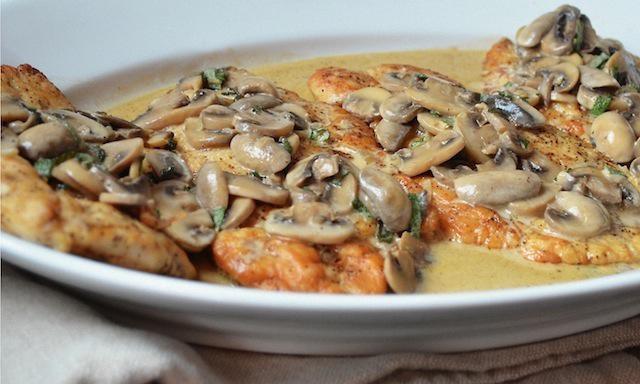 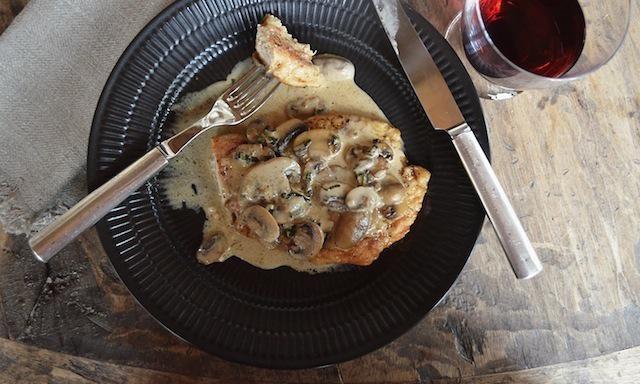