From Canal House Cooking, vol. no. 6 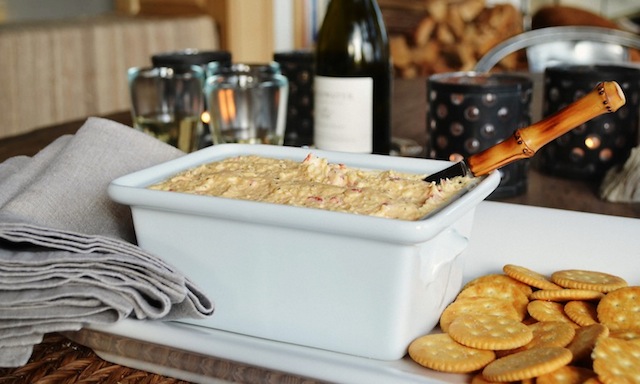 It’s still hard to believe that Spring is here already. And by “Spring” I don’t just mean the official, calendar-defined season, but rather the one marked by the appearance of small green buds on just about everything — even that sad little shrub I pass on my way to work each morning that I figured was surely destined for the trash heap. Here in NYC there’s new life everywhere (leaves! flowers! weeds!). The sun is out when I leave the office at the end of the day, and people are sneezing and complaining about their allergies. That’s the Spring I’m talking about, and in keeping with the winter-that-wasn’t that only just ended, it seems to have arrived earlier than usual.

I was reminded of just how much earlier this past Sunday, when our friends Anthony and Sarah (Podge, to those who know and love her) invited us for Easter lunch at their place in East Hampton — a meal we were able to enjoy outside, with the waves of Gardner’s Bay lapping at the shore beside us. That alone would have been enough to make the afternoon memorable, and I haven’t even mentioned Podge’s cooking! These are new friends, but it didn’t take me long to figure out that when Podge offers to cook you a meal, or a snack, or just about anything, you say “YES!” because she’s a natural in the kitchen. And by “natural” I mean she’s the kind of cook who’s so confident and intuitive where her skills are concerned that she doesn’t have to crack a cookbook to whip up something special. Instead, she goes to the market, sees what looks good, multiplies it by what she’s in the mood for, and presto: a meal you’re destined to still be thinking about many days after. 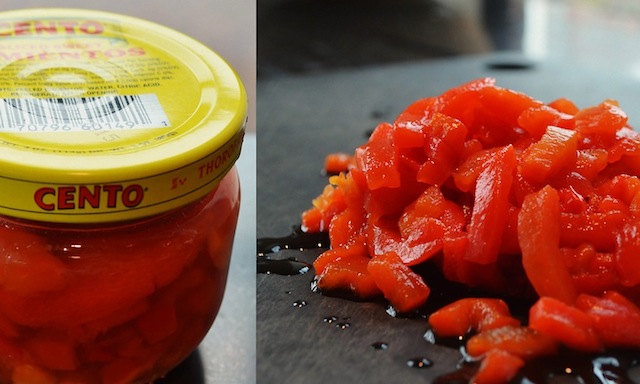 So here it is almost a week later, and I’m still thinking about Sunday’s meal — and not just how it tasted, but also the wonderful smell it produced, specifically one of roasting pork which wafted our way as we walked through the door. I don’t quite know how to describe that smell other than to say that it was intoxicating in the way that only the scent of sizzling fat mingled with herbs and other seasonings can be intoxicating. (Easier would be to describe the reaction it produced in our gang of five guys, as each of us was briefly transformed into a chest-beating Neanderthal, ready to fight each other for our share of the kill.) I am happy to report that we all managed to return our tongues to the interior of our mouths, and to conduct ourselves (more or less) like gentlemen. It was, after all, a meal that called for savoring . . . not to mention a knife and fork.

All of which is a (very) long way of saying that the early arrival of Spring has put me in mind of the sorts of sociable foods one is drawn to when the weather gets warm — things ideally suited for a picnic, or a drink with friends. Things like this pimiento cheese spread, which I stumbled upon recently while thumbing (and, yes, once again salivating) through vol. 6 of Canal House Cooking. As has already been well documented on these pages, I have a particular weakness for anything in the butter family, so the book’s section devoted to crackers and cheese naturally drew my attention. So, too, did the words “Southern classic,” which is how the authors, Christopher Hirsheimer and Melissa Hamilton, describe this little snack, and which immediately brought to mind memories of my grandmother’s kitchen in Virginia.

Like most everything I’ve cooked from Canal House, the recipe is fuss-free, with a logical focus on end results versus a complicated set of instructions designed to impress. (Both authors are working moms, and while they clearly know and love food, they also understand the need for getting things done with a minimum of drama). For the home chef, that translates to recipes that are short and sweet, ingredients that are easy to source, and a final product that delivers the maximum payoff with a minimum of sweat. I think of it as very sophisticated home cooking.

So in the case of this recipe, all of the ingredients can be found at your local grocery, and probably already reside in your refrigerator or pantry. Assembly, too, is just as user friendly. There’s a little grating (the Cheddar cheese, the yellow onion), a bit of chopping (the drained pimientos), and a small amount of mixing (the previous three ingredients, along with the cream cheese, the mayonnaise, and the various seasonings). To ensure that this last step is as easy as promised, though, be sure to let the cream cheese soften a bit before mixing — or prepare for a concentrated bicep workout. In any case, once blended, transfer the mixture to a small croc or ramekin and allow to chill for at least an hour.

As written, the recipe has a pleasant bite, with the chopped pimiento, the onion, and the cayenne pepper nicely rounding out the sharpness of the Cheddar and offering the perfect counterpoint to the combined flavors of the cream cheese and the mayo. Still, if you want a little extra kick (as I did) consider adding a teaspoon of prepared horseradish to the various ingredients listed below — for me it proved just the thing in the company of all that creamy richness. Either way serve the spread at room temperature, alongside old-school buttery crackers, such as a Ritz or Club Cracker, and accompanied by a glass of whatever you like, and you’ll have the makings for a perfect spring evening.

One final note about quantities: as written, the recipe makes 2 cups of cheese — which, based on my experience, is enough for 12 large appetites. On the day the photos shown here were taken, I was cooking for an army and doubled the recipe. For the record, I ended up with enough for two armies. 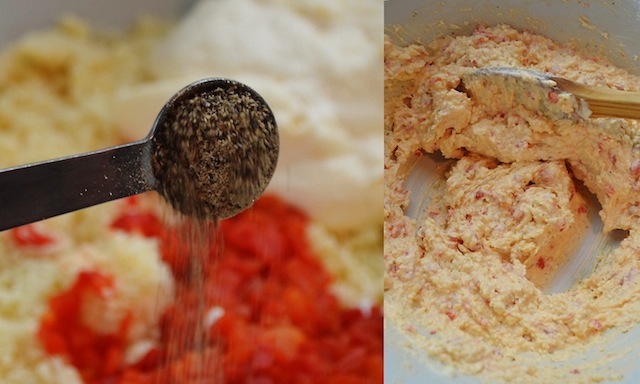 Directions:
—Put the cheddar, pimientos, onions, mayonnaise, cream cheese, salt, pepper and cayenne in a medium bowl and mix with a wooden spoon until it is well blended and the cheddar becomes creamy. Refrigerate for about 1 hour before serving. It will keep in the refrigerator for up to 1 week.