From the June, 2011 Bon Appetit (click here to view the recipe) 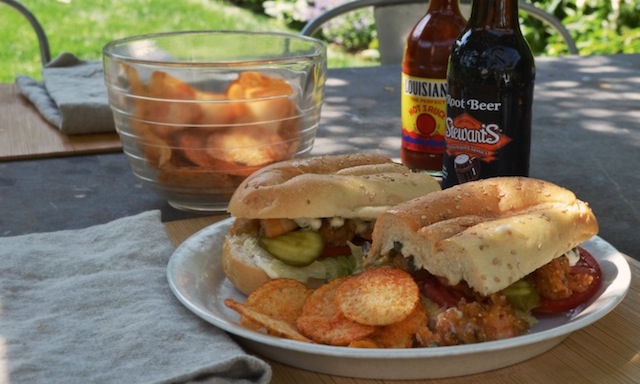 One of the rewards of working on this blog has been the fact that it’s forced me to cook outside my comfort zone — to try those things that in the past might have made me slow down for a moment and say, “Oh, that looks good,” but which for whatever reason seemed too intimidating to actually try myself. Case in point: the recipe for shrimp po’boys in the June issue of Bon Appetit.

For anyone not familiar with the term po’boy (or poor boy) it’s basically New Orleans’ answer to the submarine sandwich. While the Louisiana version features many of the same ingredients found in subs everywhere, what sets it apart are two key ingredients — the New Orleans-style French roll it’s typically served on (this has a thinner crust and a softer interior than our northern version), and the fact that the meat component of the sandwich is often some sort of fried seafood, most famously fried shrimp. While the deep-frying involved here gave me serious pause (more on that later) the first challenge was securing the right French roll, something that can prove difficult for anyone outside of Louisiana. Fortunately, Bon Appetit has helpfully provided a resource for ordering this key ingredient (www.cajungrocer.com). That said my bread delivery did not arrive in time and I was forced to use a seeded Italian version instead (still good, though not the same thing). 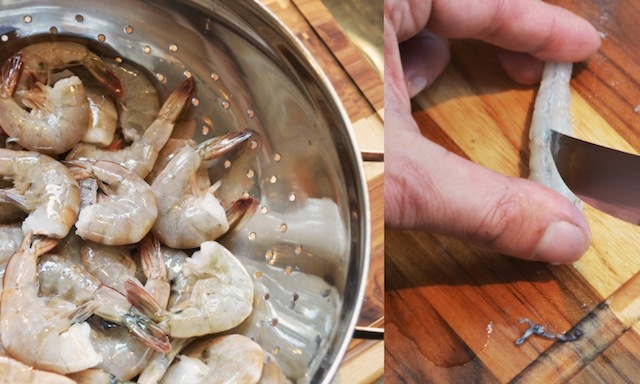 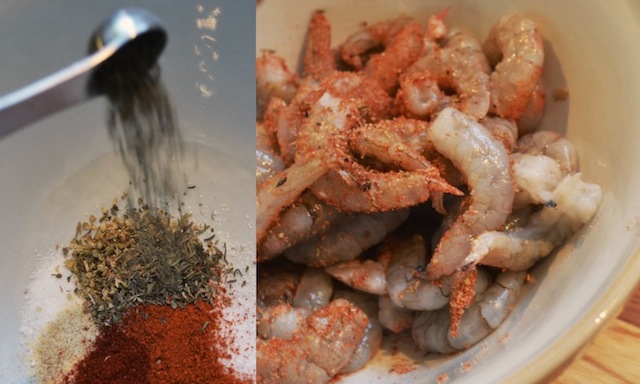 The bigger test, however, was the deep-frying called for by the recipe — something that required pouring enough vegetable oil into a wide heavy pot to measure 2” (one large bottle, plus additional), then heating it to 350 degrees. As an apartment-dweller I tend to think twice about cooking anything that will produce a smell I’ll have to live with longer than the dish’s preparation time, and a large quantity of hot oil was right there at the top of that list. Still, there was something about the matter-of-fact way this recipe was presented (not to mention the seductive image of the finished sandwich presented in the magazine) that made me think I was up for the challenge. It was a decision I would come to question.

My first hiccup occurred when the clip on the back of the candy thermometer I’d purchased broke off, leaving me no way to secure it to the pan (key, as holding the thermometer over boiling oil was not an option, and letting it rest against the bottom of the pan would produce an inaccurate reading). But having already emptied what seemed to me a vast amount of oil into my pot, not to mention my having peeled and deveined nearly 40 slippery, medium-sized shrimp, I decided to go for it anyway, letting my eye determine when the oil had reached the called-for temperature. Of course, having never cooked with a large quantity of hot oil before I had no way to gauge what this would look like or how long it would take, and after dropping my first batch of breaded shrimp into the oil I realized I’d overshot the mark — the kitchen filled with heavy smoke, the smoke detector started to shriek, and by the time I’d turned off the stove and moved the pot to a cooler spot, the shrimp had turned to black. 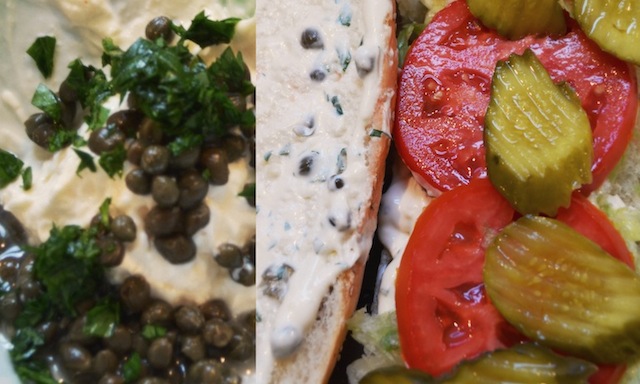 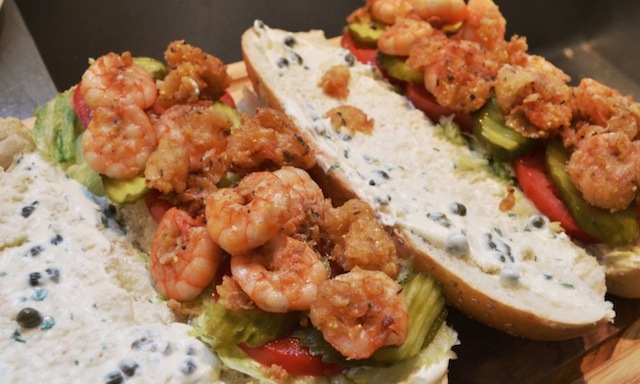 Should I cut my losses and abandon what had begun to look like a risky enterprise? That was the question running through my head as I let the kitchen air out and the oil fall to a less combustible temperature. Even in their blackened state, however, those shrimp were looking pretty enticing (hey, it was lunch time) and as I bit into one I discovered that beneath the charred exterior was something moist and sweet — I could still even taste a hint of the cornmeal breading . . . yumm. Maybe I should give it another try.

Which is exactly what I did. And though on the second round the oil was not quite hot enough (which explains why much of the breading failed to fully adhere to the shrimp) the results were still pretty wonderful. I suspect getting the oil to the correct temperature would also have locked in more of the shrimp’s flavor and moisture, but even so they made for a memorable sandwich — all the more so with the addition of a sliced tomato, some dill pickle, and a few generous splashes of Louisiana hot sauce. So despite the potential risks if this recipe is one that speaks to you, I say go for it — just make sure you have good ventilation in your kitchen and a candy-thermometer that’s fully operational!

One final note on the recipe: Bon Appetit suggests using either mayonnaise or a homemade Remoulade sauce on the sandwich. My instinct was that the lemon juice and capers present in the latter would be a good addition to the sandwich, though I also felt I could live without the anchovy paste also typically present in this sauce. So please see the bottom of this posting for my modified rémoulade recipe:

Directions for the po’boys:
—Whisk the first 8 ingredients (the kosher salt through the onion powder) in a small bowl to blend.
—Attach a deep-fry thermometer to the side of a heavy wide pot. Add enough oil to measure 2 inches. Heat over medium heat to 350˚.
—Meanwhile, place shrimp and 2 tbs spice mix in a medium bowl and toss to coat. Pour buttermilk into another medium bowl. Whisk flour and cornmeal in another medium bowl.
—Dip seasoned shrimp briefly in buttermilk, then coat with flour mixture. Working in batches, fry shrimp, stirring occasionally, until golden brown and just cooked through, about 4 minutes per batch. Transfer to paper towels to drain.
—Open rolls and spread cut sides with rémoulade. Top with lettuce, tomato, pickles, and shrimp. Serve with hot sauce, if desired.

TRG’s modified directions for the rémoulade:
—Whisk together mayonnaise, lemon juice, garlic, and parsley. Whisk in oil, then capers. Season with salt and pepper. Cover and chill. 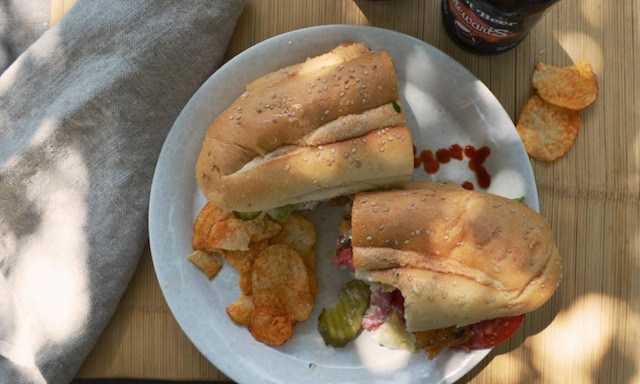