From the May, 15th 2011 New York Times Magazine (click here to view the recipe) 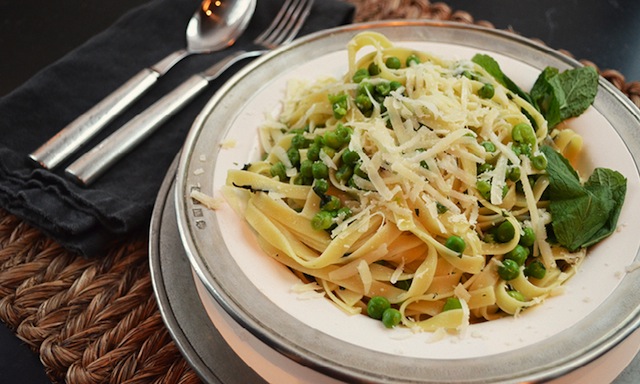 One of the pleasures of the recently revamped New York Times Magazine has been the Eat column by food writer Mark Bittman. In part that’s due to his writing, which is always crisp and often quite funny, but also because many of the recipes he’s presented in his first few months on the job have been both enticing and user-friendly. His updated version of that old Italian/American workhorse, pasta primavera, is a perfect example.

Starting with the radical premise that for this dish to really live up to its name one should use only seasonal ingredients (and just a few at that, versus the classic’s everything-but-the-kitchen-sink approach), Bittman presents eight different versions, each focusing on just one spring vegetable and eliminating any trace of the heavy cream usually present in the dish. Instead, Bittman proposes tossing the pasta and vegetables in a skillet, moistening them with the water used to cook the pasta, and adding a generous flurry of grated cheese and various herbs to enhance the flavors. This quick sauté and mix approach is actually a more traditional Italian method of making a pasta sauce than the long-simmering variety we typically think of, and assures you won’t be cooking down all those bright spring flavors, while also getting you to the table in about twenty minutes. Bittman presents eight different versions starring everything from carrots to fava beans, though there’s a whole world of fresh produce that would work equally well here (asparagus and cherry tomatoes both come to mind). The key is to follow his approach but to use whatever your eye and personal preference says will taste best. 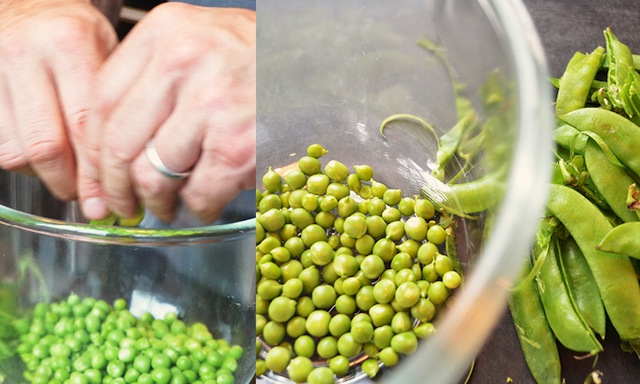 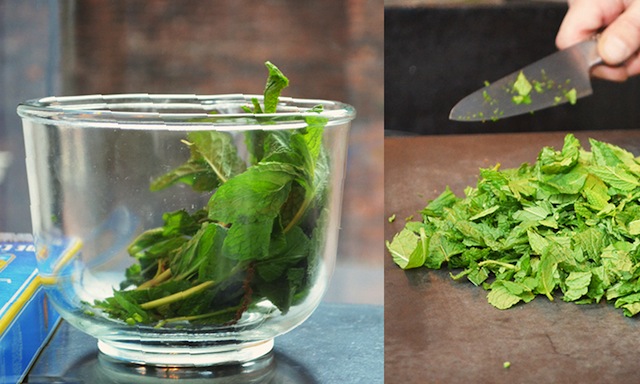 Of the various versions presented by Bittman I couldn’t resist giving his taglietelle with peas, pecorino, chili and mint a try — in part because I’d been staring at the mountain of fresh spring peas at my local Whole Foods for weeks and was determined to strike before the moment passed. Unfortunately, as bountiful as they were in quantity, what lay inside the actual pods was not, and the armful I’d purchased failed to deliver the two cups the recipe called for. A stray bag of the frozen variety found floating in my freeze, however, filled things out nicely, and without any noticeable loss of flavor. In fact, if you’re pressed for time (to those new to this, shelling peas is a time consuming process) I’d go so far as to make the un-orthodox suggestion of using frozen peas exclusively. Freshly shelled peas are indeed something special, but in my experience the variety found in the freezer section of most quality markets tends to retain much of its flavor (unlike spinach, which does not).

As one of my dining companions that day has an aversion to chili I ended up eliminating that particular ingredient, though I suspect its fiery kick would be a nice addition. Still, with just the pasta, peas, mint, and cheese (I upped the pecorino Romano from a ½ cup to ¾ to adjust for the missing chili) the dish was sensational — the sweetness of the peas perfectly offset by the bracing flavor of the mint and the saltiness of the cheese. The current cool, wet weather notwithstanding, it was a clear indication that summer is indeed just around the corner. 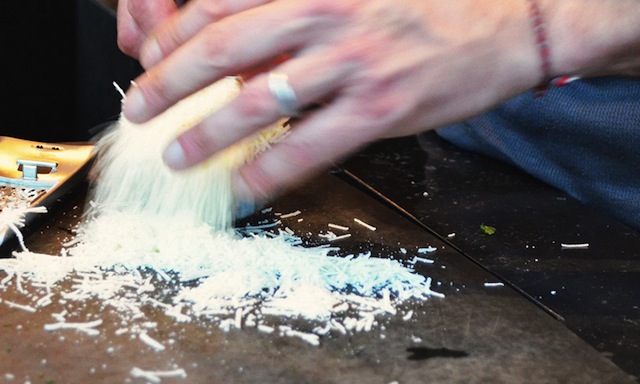 Directions:
—Cook peas in a large pot of boiling, salted water until tender (3 to 5 minutes). Place strainer over a large bowl and pour in contents of pot. Set peas aside and return water to boil in original pot; add pasta and cook a few minutes shy of al dente, reserving one cup of pasta water when finished.
—Meanwhile, place peas and olive oil in a ten or twelve-inch sauté pan over medium heat, stirring occasionally until warmed through.
—Add the pasta, the chopped mint, and the grated pecorino and toss with the pasta water as needed to cook the pasta through and to bind the various ingredients.
—Finish with a splash of olive oil and serve with more fresh mint and grated pecorino. 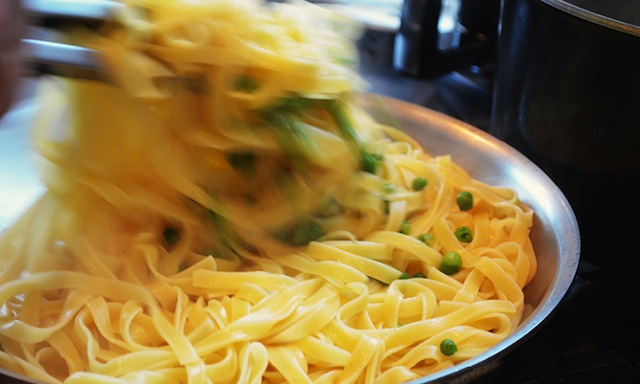 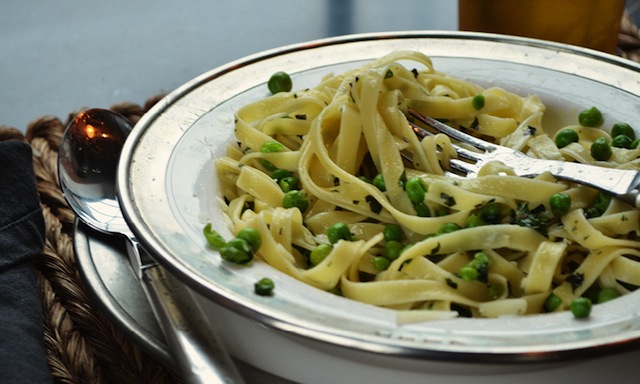