From the June/July, 2011 Saveur (click here to view the recipe)

When summer rolls around I find there are certain foods I’m drawn to that during the rest of the year barely register on my desirability meter. For some of these this has to do with an impulse to capitalize on what’s freshest and most in season, but for others it’s simply a Pavlovian response to the weather and everything I’ve come to associate with it. One such example is potato salad, of the classic, mayonnaise-, hard-cooked egg-, and dill pickle-enhanced variety. Maybe my mom used to pack Tupperware containers of the stuff on our occasional day trips to the Jersey Shore, but whatever the reason it’s one of those handful of dishes that for me serve as kind of banner for summer fun.

Still, on those occasions when I’ve succumbed to my nostalgia at the deli counter and ordered a small container of the stuff along with my sandwich, I’ve inevitably been disappointed. Either I was experiencing the culinary equivalent of rose-colored-glasses, or the variety I ate as a kid featured potatoes that hadn’t turned to mush, and a medley of flavors that weren’t drowned out by an excess of mayonnaise and yellow mustard. 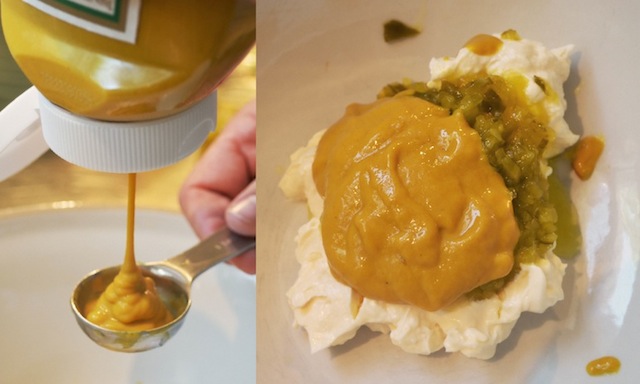 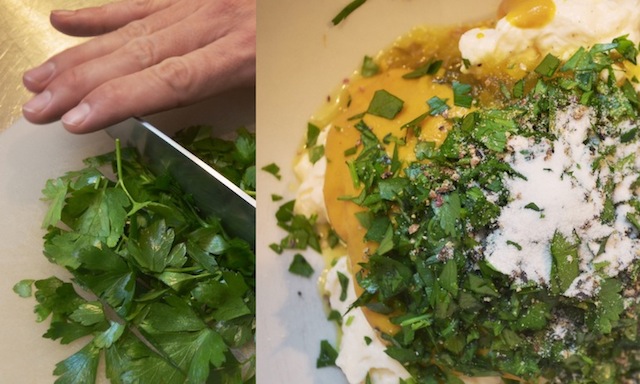 So when I came across a recipe in the June/July issue of Saveur for a potato salad that seemed to echo many of the things I remembered and loved most about the version I had as a kid, I was immediately intrigued. Of course, it’s no accident that this classic potato salad recipe is featured in a special summer issue on barbeque, since the variety most of us have come to associate with deli counters everywhere is also the sort you’re likely to be served with your pulled pork sandwich in Lexington, Kentucky. In fact, while I’m no food historian, if I had to guess I’d say that the potato salad most people know as “classic New York style” began its life somewhere deep in BBQ country.

Whichever the case, what immediately drew me to the Saveur recipe was that it features so many of the flavors I associate with my favorite version of the dish — the bite of yellow mustard, the tang of dill pickle, the snap of red onion, all of it in proportions that promised to enhance, not overwhelm, the various other ingredients. The salad took little more than 20 minutes to prepare (peeling the 2 lbs. of Yukon gold potatoes was by far the most time consuming step), a short ride to get to the idealized potato salad of my childhood.

A few notes on the recipe: while I liked the proportions of the various ingredients, others I shared the dish with felt there was perhaps too much onion and celery in the mix, a factor which they complained overwhelmed the other ingredients, most notably the potato. In fairness to Saveur, the recipe calls for just half of a medium-sized red onion and it’s entirely possible that I ended up with one larger than they would have advised; ditto the celery. So pay close attention to the quantities here, and be prepared to play around with the proportions to match your preferences. 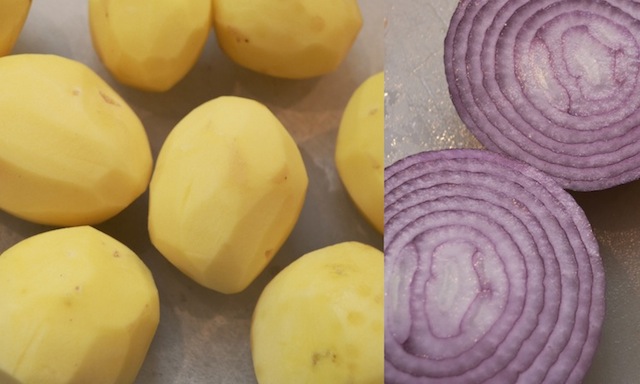 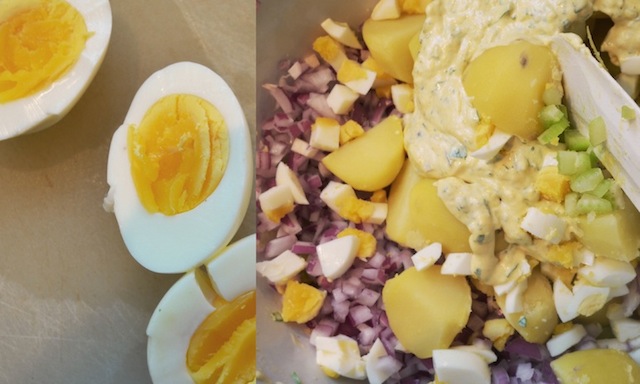 Lastly, a note about the hard-boiled eggs the recipe also calls for. It sometimes seems there are as many ways of hard-boiling (or “hard cooking”) an egg as there are types of chickens, none of which are likely to lodge in your memory bank unless you actually use it with a certain degree of regularity. Since the Saveur recipe does not include their preferred method I thought I’d share mine with you (below), as it’s both reliable and easy to remember.

Directions for the potato salad:
—Put potatoes in a 6-qt pot and cover with salted water by one inch. Bring to a boil over high heat; cook until just tender, about 12 minutes. Drain and transfer to a large bowl along with celery and onions.
—In a small bowl, whisk together mayonnaise, relish, parsley, mustard, salt, and pepper; add to potatoes along with eggs, and toss. Chill.

TRG’s directions for hard-boiling eggs:
—Place eggs in a saucepan and cover with one-inch of water. Bring water to a boil over high heat, uncovered. Once the water reaches a rolling boil remove from pan from heat and cover it. Let sit 15 minutes, then immediately plunge eggs into cold water. Peel, and eat (or proceed with recipe above). 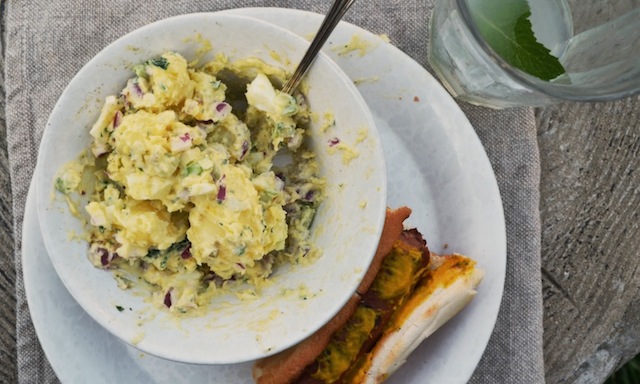