From Julia Child’s Mastering the Art of French Cooking 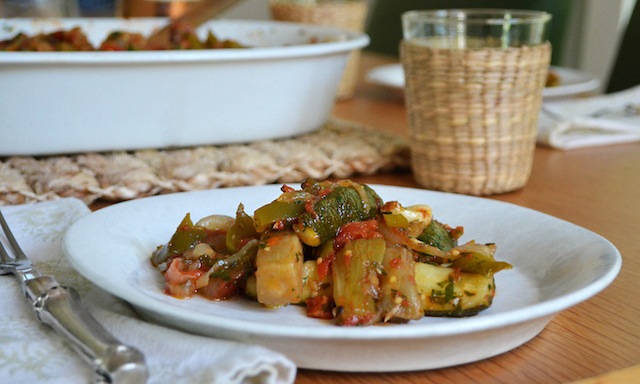 When I was growing up in Philadelphia in the 1970s, the French/Mediterranean vegetable casserole known as ratatouille seemed to be everywhere—sort of the way kale salads or pot pies are today. Or maybe it’s just that my mom was heavy into Julia Child’s the Art of French Cooking at the time, and that particular dish quickly became a dinner-party favorite of hers. In any case, either because she was making a lot of it in those days, or because it was one of the dishes my 7th grade French class prepared for our end of year feast (we also made a bûche de Noël, as I recall), ratatouille has strong childhood associations for me. Come to think of it, that may well be why it’s a dish I tucked away in my memory bank, barely giving it another thought until the Pixar film of the same name came out a few years ago. Watching that movie’s animated, anthropomorphized rodent prepare the casserole at least got me thinking about the dish again, even if it would require several years more for it to make its way back into my own cooking rotation. Still, I have to give credit where it’s due—after all, how else to explain why driving past an East Hampton farm stand on my way back to the city recently would out-of-the-blue prompt the idea to make ratatouille for an upcoming dinner? 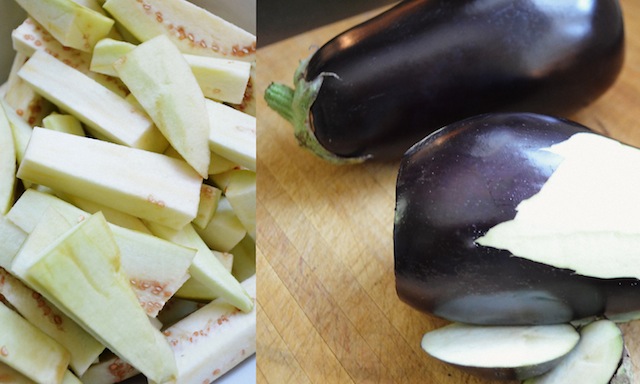 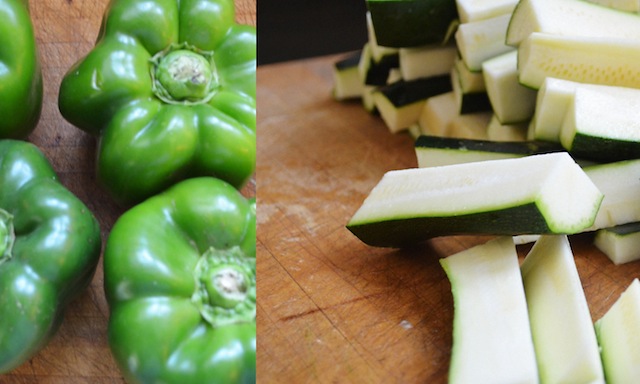 This happened just as we were all preparing for the curtain to come down on summer, so in the back of my mind was the knowledge that the opportunity to take advantage of all this bounty was fast disappearing. Short of canning, what could I whip up that would make the most of all this good stuff the late summer season has to offer? And then the answer hit me: ratatouille. But not ratatouille as it’s made in the animated film (that version, which features vegetables cut into rounds as opposed to slices, was created by Thomas Keller), but the version first introduced to American home chefs back in the 1960s, and the version my mom had in turn introduced to me—the one made famous by Julia Child. (Child, of course, would have celebrated her 100th birthday earlier this month, a fact widely covered in the press at the time, so perhaps that, too, played an unconscious role in my impulse here).

So the following weekend—which, with its blue skies and dry summer weather, was notably Provence-like—I made the short bike ride to the same farm stand I’d passed a week earlier, with the express intent of scooping up the various ingredients needed for making the famous eggplant casserole. Little surprise there was plenty to work with—so much so, in fact, that I immediately decided to double the recipe—though it’s worth noting that one of the nice things about ratatouille is that the various fruits and vegetables called for can be found pretty much any time of year. Still, one can’t underestimate the added flavor that comes from cooking with something that came off the vine just days earlier, or the pleasure of doing your food shopping from a wooden shack set up beside a cornfield. 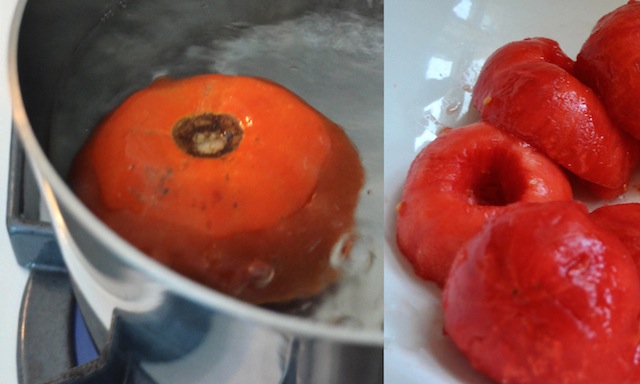 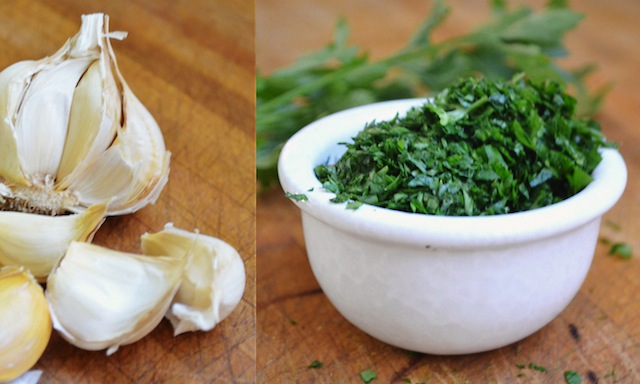 That was how I felt, anyway, as I handed over my few dollars for what amounted to several bags of eggplant, zucchini, green peppers, and onions. Maybe it was the beauty of the day or the sense of satisfaction that comes with buying something you know hasn’t travelled half way across the country to reach you, but I was almost giddy with the excitement of getting started. That is, until I read the following line from Julia’s brief preamble to the recipe: “A really good ratatouille is not one of the quicker dishes to make, as each element is cooked separately . . .” Now normally, being told that a particular dish is time-consuming would not give me pause, but when it’s Julia Child sounding the alarm it tends to resonate a little deeper. Still, a quick scan of the various steps convinced me I didn’t need to be a graduate of the Cordon Bleu to complete the dish. Quite the opposite, in fact—there may be a number of steps involved, but none seemed particularly challenging. What’s more, as Julia herself points out, one of the great advantages of ratatouille is that it improves in flavor if made the day before it’s eaten, so whatever labor is required can be logged in long before the finished product is brought to the table. In other words, no one needs to see you sweat.

And as it turns out, the really time consuming part for me wasn’t so much the individual sautéing of the various vegetables—first the eggplant (alone), then the zucchini (alone), followed by the onions, which are joined in the pan by a few cloves of smashed garlic, and then the strips of pulped tomato. Rather it was the chopping, the pulping (Julia’s directions for this are included below), and most of all the individual toweling off the eggplant and zucchini spears, once they’ve been allowed a half hour or so to release some of their water content—a process aided by being tossed with a few tablespoons of salt and left to sit undisturbed in a large bowl. After that, the frying, the simmering, and finally the layering of the various ingredients to form the actual casserole, is a relatively speedy process. 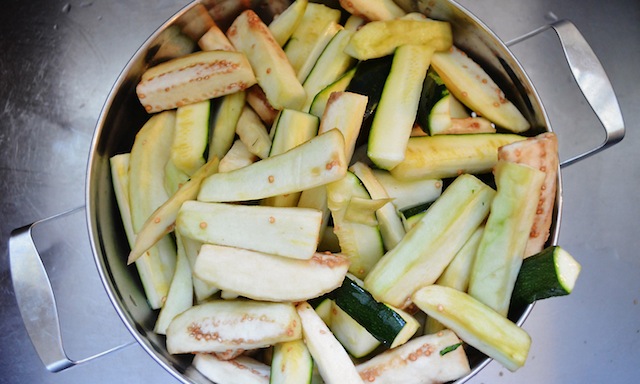 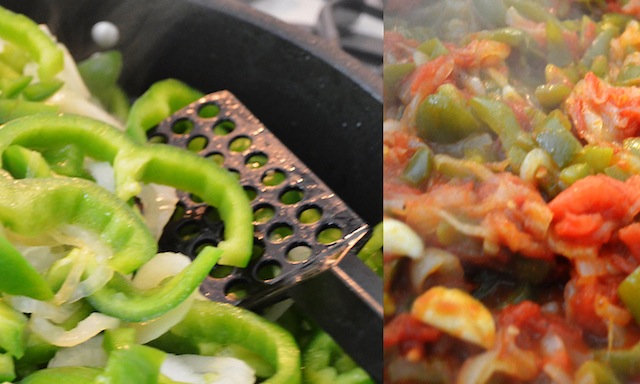 The other interesting thing to note here is that unlike some ratatouille recipes I’ve seen, this one requires no involvement from your oven. Instead, everything is done in a large skillet (Julia calls for a 10- or 12-inch enameled variety, though I used a standard nonstick pan with no ill-affect), and a 2½ quart flameproof casserole that’s about 2½ inches deep. This last piece of equipment makes its appearance during the final stage of cooking, once the various ingredients have been layered into your dish (tomatoes, chopped parsley, half of the eggplant and zucchini, and so on, ending with the tomatoes and chopped parsley), and is done entirely on the stovetop. It’s a process that occurs first while covered at a low simmer for ten minutes, then uncovered and at slightly higher heat for 15 minutes, all of which allows the liquid to evaporate and the flavors to become that more concentrated. At the end, the only liquid that should be left is a bit of vegetable-infused olive oil; good stuff!

It’s also a step that underscores one of the things that’s most special about this recipe, namely that even though the various vegetables (and the tomato) are cooked together, it’s done in such a way that each is allowed to remain distinct and fully intact throughout the process. This would obviously not be the case if everything were simply thrown into the pan together and pushed around. No doubt it’s one of the reasons Julia Child chose the recipe in the first place, and why she stressed that it’s the only one she knew of that “produces a ratatouille in which each vegetable retains its own shape and character.” In other words, this is not some sort of fragrant vegetable mush, but rather a medley of tender/firm vegetables, each with its own bright flavor but one that stills manage to play off all the others.

One final note on serving: ratatouille can be enjoyed hot or cold (for what it’s worth I prefer it at room temperature, as the flavors seem to come through loudest at this stage). Still, if you prefer the dish a little warmer or even hot and have prepared it the day before, reheat it slowly on the stovetop, uncovered, until it reaches the desired temperature. Either way it’s a dish that can be counted on to transport you to warm sunny days on the Mediterranean—no matter what the time of year. 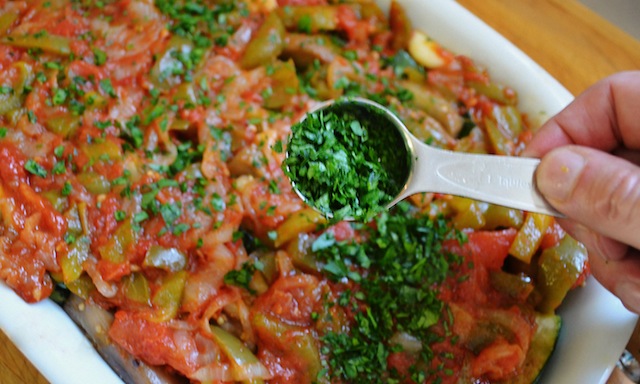 Note: To peel tomatoes, drop firm, ripe, red tomatoes on or two at a time in boiling water to cover, and boil for 10 seconds. Remove from the water, cut out the stem, and peel off the skin, starting at the stem hole. To seed and juice tomatoes, cut peeled or unpeeled tomatoes in half crosswise (not through the stem), then squeeze each half gently to extract the seeds and juices.

TRG’s modified directions:
—Place the peeled, sliced eggplant and sliced zucchini in a bowl and toss with a teaspoon salt. Let stand 30 minutes. Drain. Dry each slice in a towel.
—Place 4 tablespoons olive oil in a 10- to 12-inch non-reactive skillet and heat over medium high heat. Once the oil is hot and working in batches, sauté the eggplant and then the zucchini, one layer at a time, for about one minute on each side, to brown very lightly. Set aside.
—In the same skillet, cook the onions and peppers slowly in 2 to 3 tablespoons olive oil for about 10 minutes, or until tender but not browned. Stir in the mashed garlic and season to taste.
—Lay the sliced tomato pulp over the onion, pepper, and garlic mixture. Season with salt and pepper. Cover the skillet and cook over low heat for 5 minutes, or until tomatoes have begun to render their juice. Uncover, baste the tomatoes with the juices, raise heat, and boil for several minutes, until the juice has almost entirely evaporated.
—Place a third of the tomato and onion mixture in the bottom of a 2½-quart fireproof casserole about 2½- inches deep, and sprinkle over it 1 tablespoon of the minced parsley. Arrange half of the eggplant and zucchini on top, then half of the remaining tomatoes and parsley. Put in the rest of the eggplant and zucchini, and finish with the remaining tomatoes and parsley.
—Cover the casserole with aluminum foil and simmer over low heat for 10 minutes. Uncover, tip casserole, and baste with the rendered juices. Correct seasoning, if necessary.
—Raise heat slightly and cook uncovered for about 15 minutes more, basting several times, until juices have evaporated, leaving a spoonful or two of flavored olive oil. Be careful not to let the vegetables scorch in the bottom of the casserole.
—Set aside uncovered. Reheat slowly at serving time, or serve at room temperature. NOTE: Ratatouille gains in flavor when cooked the day before it’s served. 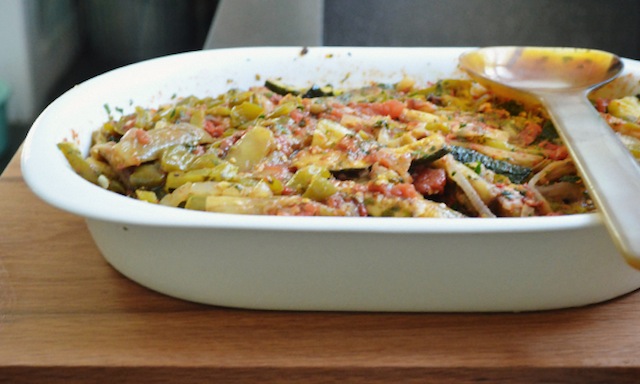